Specialist Dez D. enlisted in the United States Army at the age of 21. During basic training, he contracted Strep A that, because of a weakened immune system and lack of treatment, led to Necrotizing Fasciitis. As a result of the sudden on-set and rapidly spreading disease, he was immediately placed in the hospital for treatment on February 11, 2019, and underwent amputation on February 14, 2019.

Dez has faced many obstacles during his recovery, including 43 surgeries, but has an incredible support system in his family and friends. Luke’s Wings has provided twelve flights through the Major Illnesses Transportation Assistance Program to Dez’ family and friends so that they can be there every step of the way. With the support of our community, we will continue to support them until he is home for good.

A huge shout out and thank you all for the amazing support! On September 22, 2022 Dez and our family had five productive meeting. We met with the Under Secretary and his staff. Dez was also able to tell his story to Senator Jack Reeds staff as well as Congressional representatives Ken Calvert and Rosa DeLauro.
We want to say thank you for the continued amazing support. Our message was  received and we have a follow up meeting with the Secretary of the Army the Honorable Christine Wormuth date to be determined.
Here’s are s few pictures of Dez with the Honorable Under Sec Gab Camarillo, CNGB General Daniel Hokanson and Dez at the office of Senator Jack Reed. 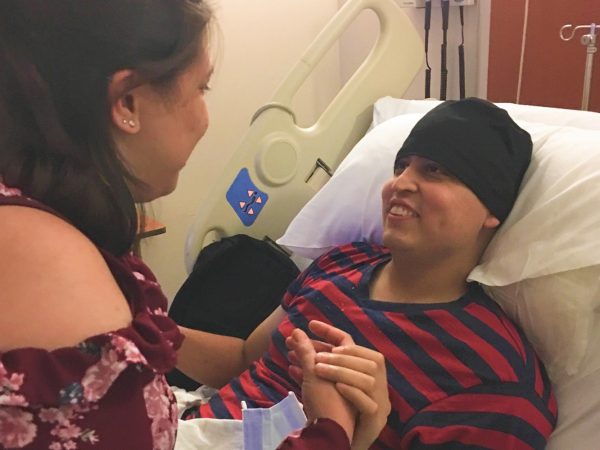 In April of 2017, Airman First Class Karlene D. was diagnosed with lymphoma and was immediately sent to San Antonio Military Medical Center to begin aggressive chemotherapy and radiation, and … Continue reading

Staff Sergeant Gina T. enlisted in the Army in July of 1991. Her passion for the military pushed her to became an ESL and English teacher for international soldiers around … Continue reading