For three years, U.S. Army Colonel David W. fought an aggressive brain cancer at Walter Reed National Military Cancer before losing the battle on July 15, 2017. It was toward the end of his fight that his family asked for assistance from Luke’s Wings. On short notice, when David’s health began to severely decline, we were able to fly his Active Duty son to be by his side for a long weekend. This photo of father and son was taken during that visit – sharing a moment that his family will never forget.

In April of 2017, Airman First Class Karlene D. was diagnosed with lymphoma and was immediately sent to San Antonio Military Medical Center to begin aggressive chemotherapy and radiation, and … Continue reading 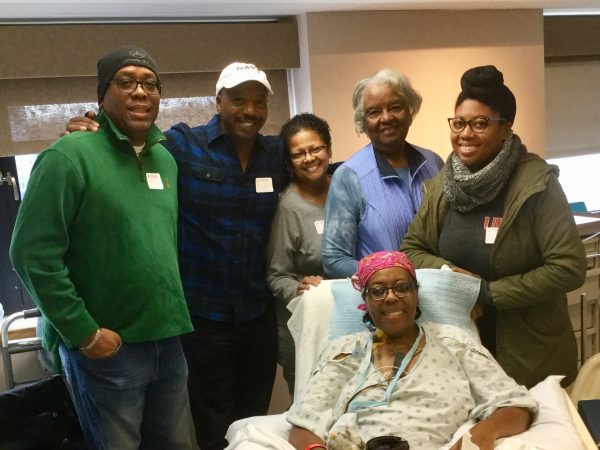 Staff Sergeant Gina T. enlisted in the Army in July of 1991. Her passion for the military pushed her to became an ESL and English teacher for international soldiers around … Continue reading