Washington, D.C., (March 26, 2010) – Luke’s Wings announced its overwhelming success for the month of March thanks to our ever faithful supporters.

Thanks to the incredible efforts of our supporters, Luke’s Wings had one of its most successful months in its three year history. One of the groups that sprung to action was George Mason Law, who hosted a Casino Night benefitting Luke’s Wings on March 4, 2010. Professors volunteered to be dealers and several local businesses donated prizes.

With over 100 people in attendance, they were able to raise over $1200. One of our hero’s that directly benefited from the efforts of our supporters is Mark A., a soldier who had been shot in the head during a combat mission in Afghanistan in July of 2009. Undergoing several brain surgeries, Mark began to gain consciousness and was transferred to the emerging conscious program at the VA Hospital in Tampa, Florida.

Mark’s father reached out to Luke’s Wings in September 2009, requesting that Mark’s 12 year old son, Cody be flown to his father’s bedside to be there when he woke up. Luke’s Wings jumped to action and provided flights for Cody along with his mother, and brother to ensure they were by his bedside.

Cody patiently sat by Mark’s bedside for 3 days over Labor Day weekend hoping his father would wake up from the comma. This story touched the entire Luke’s Wings family as well as our supporters and re-instilled not just our commitment to Luke’s Wings, but our confidence in the human spirit. On March 1, 2010 Luke’s Wings received another request from Mark’s father to have him and his wife flown to Walter Reed as Mark would be undergoing a critical cranioplasty surgery during the week of March 15.

With no means of travel to Walter Reed, they relied on Luke’s Wings and our supporters to assist them in this endeavor. And we did.

On March 18, 2010 “Shenanigans at Public Bar”, the biggest St. Patrick’s Day event in Washington, D.C., benefiting Luke’s Wings, took place. The generous contributions from over 300 supporters who attended this event totaled $4,942. All attendees who read Mark’s touching story agreed that it was their civic duty to chip in and ensure the plane tickets for Mark’s parents were purchased. With this money raised, Luke’s Wings was able to finance their travel and any travel they will need in the future to visit Mark.As you know, Luke’s Wings exists with the simple mission to fly family members to the bedsides of injured service officers. Luke’s Wings needs your help more than ever before. We now receive approximately 10 requests per week from families just like this one. Please help us.
These are the ways you can help:
1. FUNDS: Please donate what you can give to Luke’s Wings so that we can buy these
plane tickets immediately.
Luke’s Wings website: https://lukeswings.org/donate.htm
Luke’s Wings Causes page: http://apps.facebook.com/causes/78963/662244?m=6987e7df
2. SPREAD THE WORD: Tell your family, friends, colleagues, acquaintances,
superiors– anyone of this request.
3. MAINTAIN CONTACT:
Facebook Fan page: http://www.facebook.com/pages/Lukes-Wings/102672365805?ref=ts
Facebook Causes page: http://apps.facebook.com/causes/78963/662244?m=6987e7df
Twitter: http://www.twitter.com/lukeswingsusa
4. VOLUNTEER: We will need help in the upcoming days with this effort. Please
email any interest to help at [email protected]
Every dollar and minute counts. Please help us with this effort.

Injured and wounded soldiers deserve to spend time with their families, especially during the holidays. The festive season is a time to bond and reconnect with family members. At Luke’s … Continue reading 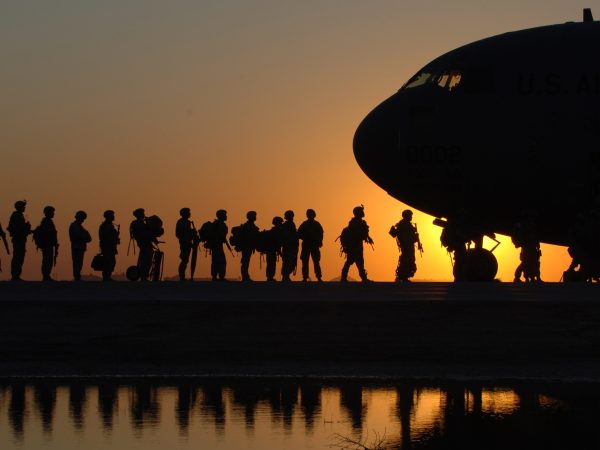 Travel plans can be expensive and difficult to make for military service members and their families, especially when planned under emergency circumstances. At Luke’s Wings, we pride ourselves on providing … Continue reading