Team • Board of Directors 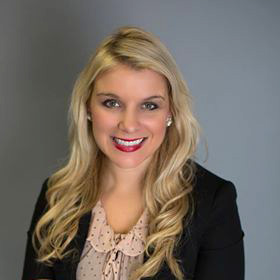 Born and raised in Fort Worth, Texas, Chastine is a proud member of the Fighting Texas Aggie Class of 2007 and is a graduate of The Bush School of Government and Public Service. Upon graduation from Texas A&M, Chastine moved to Washington D.C. to work on a local Virginia political campaign and then secured a job on Capitol Hill.

She quickly learned how difficult it is to maintain a steady career as a military spouse and tried her best to obtain employment at each new PCS location including working two jobs at times to keep consistency in her career path. She knew that as a military spouse it is crucial to stay involved in your local and military community in whatever possible and has served as an FRG leader at Ft. Campbell and on the board of the Ft. Campbell Spouses Club and the Capital Area Military Spouses Club of Washington D.C.. Prior to the army life, she was member of the Junior League of Washington D.C. and a weekly mentor volunteer with Little Lights Ministry in Southeast D.C.

Most recently she served as the Chief of Staff for four years for a small boutique Public Relations firm having the honor and privilege of managing two non-profit organization clients based in D.C. pro bono; a wounded warrior military non-profit, Luke’s Wings and an anti-human slavery organization, IJM. Serving Luke’s Wings grew her love and compassion for the wounded warrior community. She is extremely passionate about military family affairs, military spouse employment, defense, and national security issues and Washington D.C. has her heart. She loves the Army life and being a part of a mission that is bigger than herself.

In her free time, Chastine loves to travel, play her violin, craft, volunteer, and spend time with her husband, friends and family. She is married to an Army Infantry Officer and they are expecting their first child in the fall of 2018.