Team • Board of Advisors 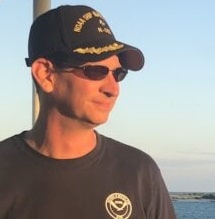 G. Mark Miller is a 20-year veteran of distinguished service for the National Oceanic and Atmospheric Administration (NOAA). As a uniformed officer in NOAA Corps, he commanded, managed, and operated small and large research vessels. His shipboard roles included serving as Commanding Officer of R/V Nancy Foster, Commanding Officer of R/V Henry B Bigelow, and Executive Officer of R/V Bell M Shimada. During his tenure, Mark established the NOAA Small Boat Program, leading the creation of new policies and procedures, safety training, inspection program, and efficient management for NOAA’s 400 small boats and 800 operators nationwide. He also served as Chief of the NOAA Corps Officer Training Center at the United States Coast Guard Academy and as the NOAA liaison to the United States Coast Guard at NOAA and USCG Headquarters.

After his retirement in 2019, Mark founded Greenwater Marine Sciences Offshore Inc. (GMSO), which supplies ocean-based scientists with small and efficient crewed ships that are suitable for coastal and near-shore research projects. As a B-corporation, GMSO is committed to supporting fellow veterans, with many senior crew having served in NOAA Corps, Navy, and the US Coast Guard.

Mark is a Returned Peace Corps Volunteer (Republic of Congo) and a member of The Explorers Club. He holds a USCG Master Unlimited – Oceans Merchant Mariner Credential. In addition to serving on the Advisory Board of Luke’s Wings, he supports projects to locate MIAs through the groups such as Fallen American Veterans Foundation.