Why I Joined the Service and my Journey in WWII – By U.S. Army Veteran Pete DuPre 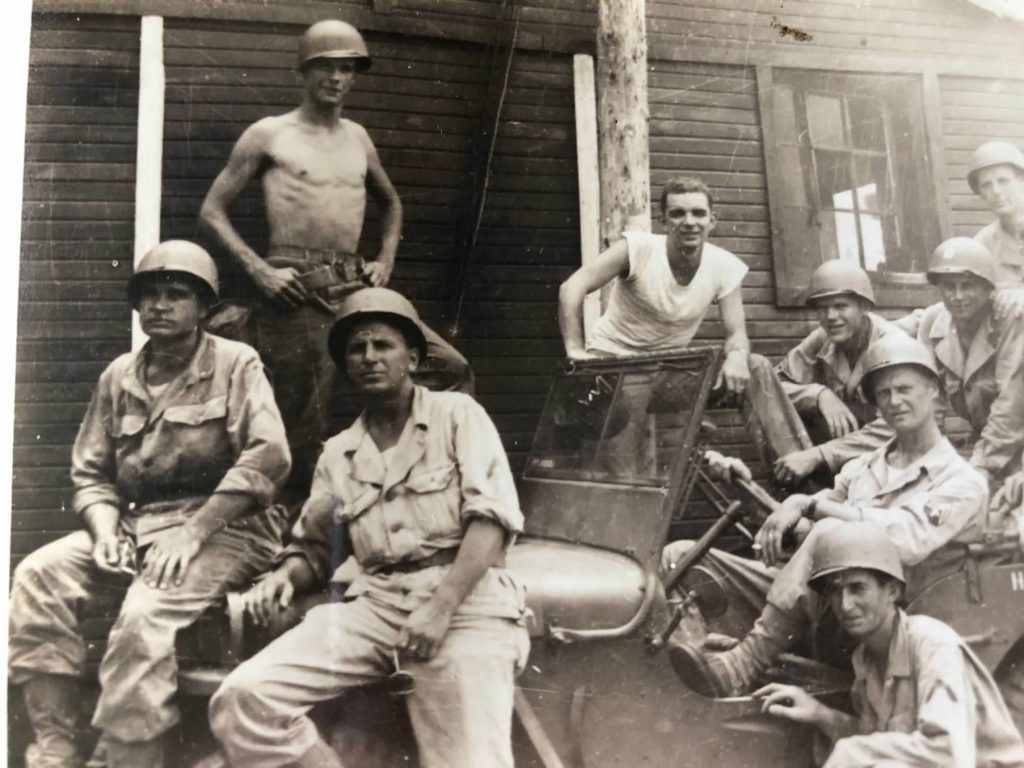 We were 5 children. The oldest, my sister Jane, was a nurse at Bellevue Hospital in NYC.  My parents were both deceased, and my 3 brothers and I were scattered, living with friends, neighbors and family.  I was the oldest, a senior in high school, Dave- a Junior, Paul- a sophomore and Tom- a freshman.

Then came Pearl Harbor.  One bomb landed in the Bausch & Lomb Binocular storage room for the Pacific Fleet.  The binoculars were all thrown out of alignment and were being returned to B&L in Rochester, NY where I lived.  The B&L President called my high school needing two senior boys who had enough credits to graduate and who could leave school right then to come and work full time learning how to repair binoculars.  They could have time off to attend graduation activities, etc, but would be full time students and employees of B&L.  I was one of the two guys chosen and left school immediately at 18.

I was taught the job by a pretty young Polish girl.  We fell in love and were married for 70 years before we lost her at the age of 90, almost 7 years ago now.

At this time, the draft was in effect, and when my number came up early, the military said “I was deferred” because my job was rated as necessary to the war effort.  That happened four times over the next few years.  At the same time, one after another of my “kid” brothers signed up.  Dave to the Air Force and Paul to the Marines, while Tom was in college.

When my draft number came up again I fought it.  All my younger brothers were in the war and I wanted “in” so I was drafted.  The Army learned I was a binocular repairman so they said I was going to be sent to Frankfort Armory in Philly where the Army’s binocular depot was.  Before that happened, the Army Medical Dept created a new hospital, to be ready to care for the thousands of expected casualties of the D-Day invasion.

During bootcamp, they found out I was a harmonica player, so not only did I have to do the training runs wearing a full pack,  they put me in the back to play for the entire march to keep the pace for any who fell behind.

My assignment was changed and I became a member of the Army 114th General Hospital.  We were sent for training to Grady General Hospital in Atlanta.  Our courses were based on the NY State 1941 Boards for Nursing.  Classes started everyday at 2 AM and lasted until 7PM.  Crazy, but it worked and we became a functioning, highly trained bunch of medics of different types.  I was a medical and surgical technician.

Eventually we were shipped to England to staff the new hospital built there.  That’s where we were when the Battle of the Bulge took place.  Every day was filled with the horribly mangled survivors, and they just kept coming 24 hours a day.  Our job basically, was to put them back together again.  All they wanted from us was to get them back to the fight.  “No doc, don’t send me home, fix me up so I can get back to the guys.”  Nobody wanted to be sent home.

On the day the Germans surrendered, our hospital doors were closed.  We were told we were going home for 30 days to prepare for the invasion of Japan, where over a million casualties were expected.  21,000 of us were packing onto the Queen Elizabeth for our trip home.  We’d originally left the U.S. on a 13 day, zig-zagging convoy trip across the sub-filled Atlantic.  This time we left Liverpool and were home in three days!

When Japan surrendered and we were no longer going to invade, everything changed.  Most of our officers, (doctors and nurses) resigned to return to their private practices.  Enlisted GI’s had no such option.  I became a member of a hospital-train company stationed in a hangar on Staten Island at Curtis Field.

The wounded GI’s still in hospitals in Europe were being returned and if possible, sent to military hospitals in the U.S. closest to their homes.  All such movement required “hospital trains” staffed by trained medical personnel.  We became the doctors and nurses on each of those trips.

The Victory Parade in NYC was hailed as the “largest in history.”  We were in ambulances the entire day, treating blisters, fainting and falls.  After the parade, and all the wounded were back in the states, I was discharged and returned to my job at B&L in Rochester and my wife Janie, where we then began our life together, which led to five children and 70 blessed years.

Luke’s Wings is excited to announce its 9th Annual Heroes Gala, presented by SRS Distribution and The SRS Raise the Roof Foundation, to be held on Saturday, April 30th, 2022 … Continue reading 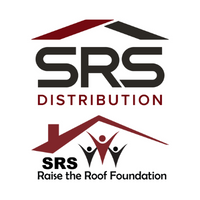 Announcement, In The News, Press Release